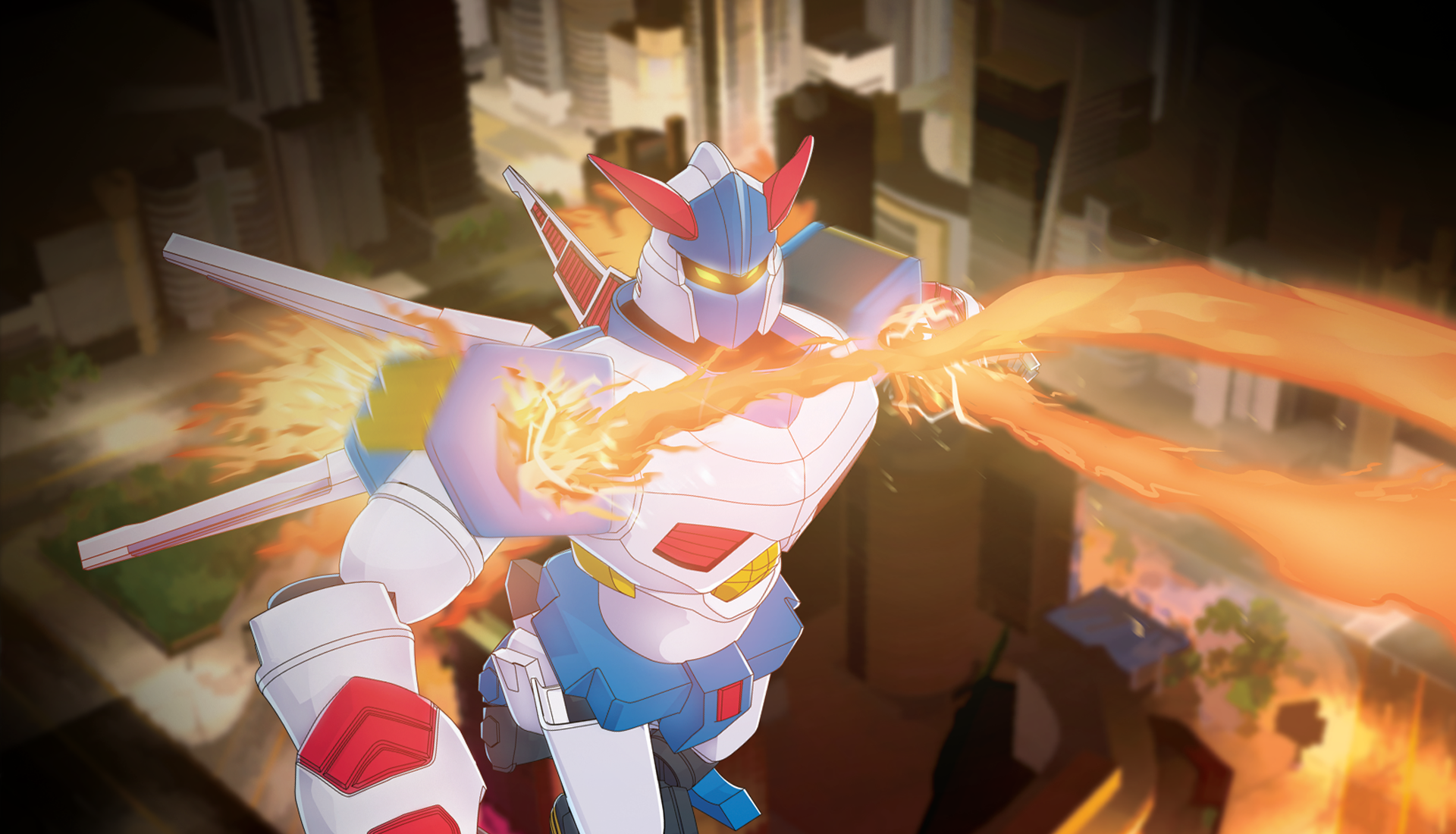 Chogoking sets the battlefield ablaze, super-heating the air around it as it closes in for victory.

While Fire is in Chogoking’s Cooldown Meter, it can add extra dice to its well-balanced offense, and Inflict seemingly inescapable damage over time, but if that intake isn’t controlled, you can find your own Armor burning away turn after turn. Chogoking is prepared to counter this effect though, through Cooldown Meter control, attacks that suddenly redirect Fire tokens directly onto your opponent, and its signature Chogoking Sabre—a weapon that absorbs Inferno Impact Tiles left in the wake of battle and turns their energy into raw damage.