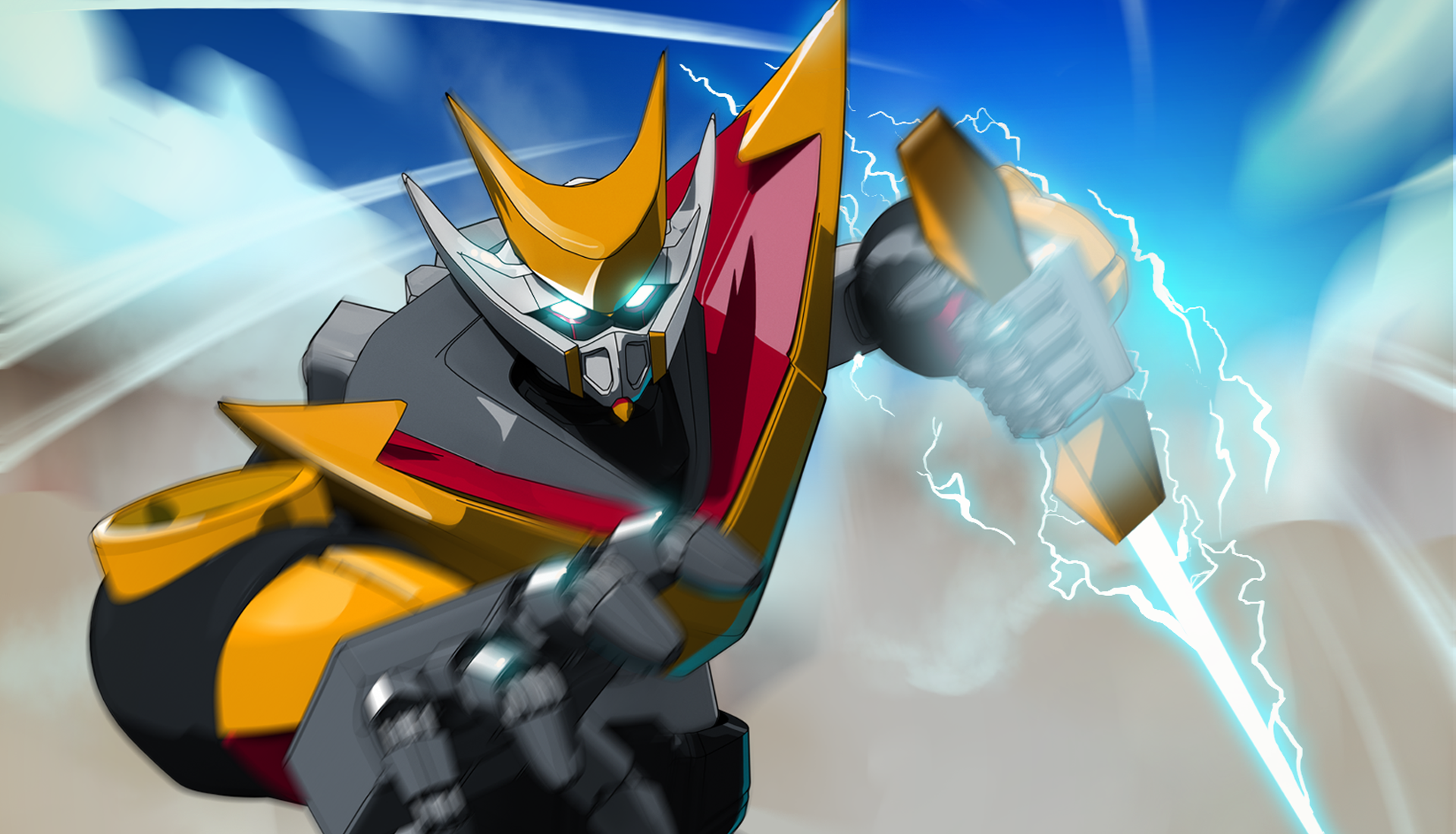 Dai-Raijin V is a storm made metal.

Its attacks crackle with arcs of electricity and resound with the boom of thunder. Its hit-and-run offense specializes in high speed Combo Attacks, and a top-down synergy with Power Surges. Beyond slowing your opponent’s Cooldown Meter, or boosting damage and die rolls, Dai-Raijin V can actually spend Power Surges from your Cooldown Meter for different utility effects. Though Dai-Raijin V has the lowest Armor is the game, it can build its damage potential very early on. Before your opponent knows it, they can be brought down by a barrage of lightning-fast, and lightning-powered, combinations.