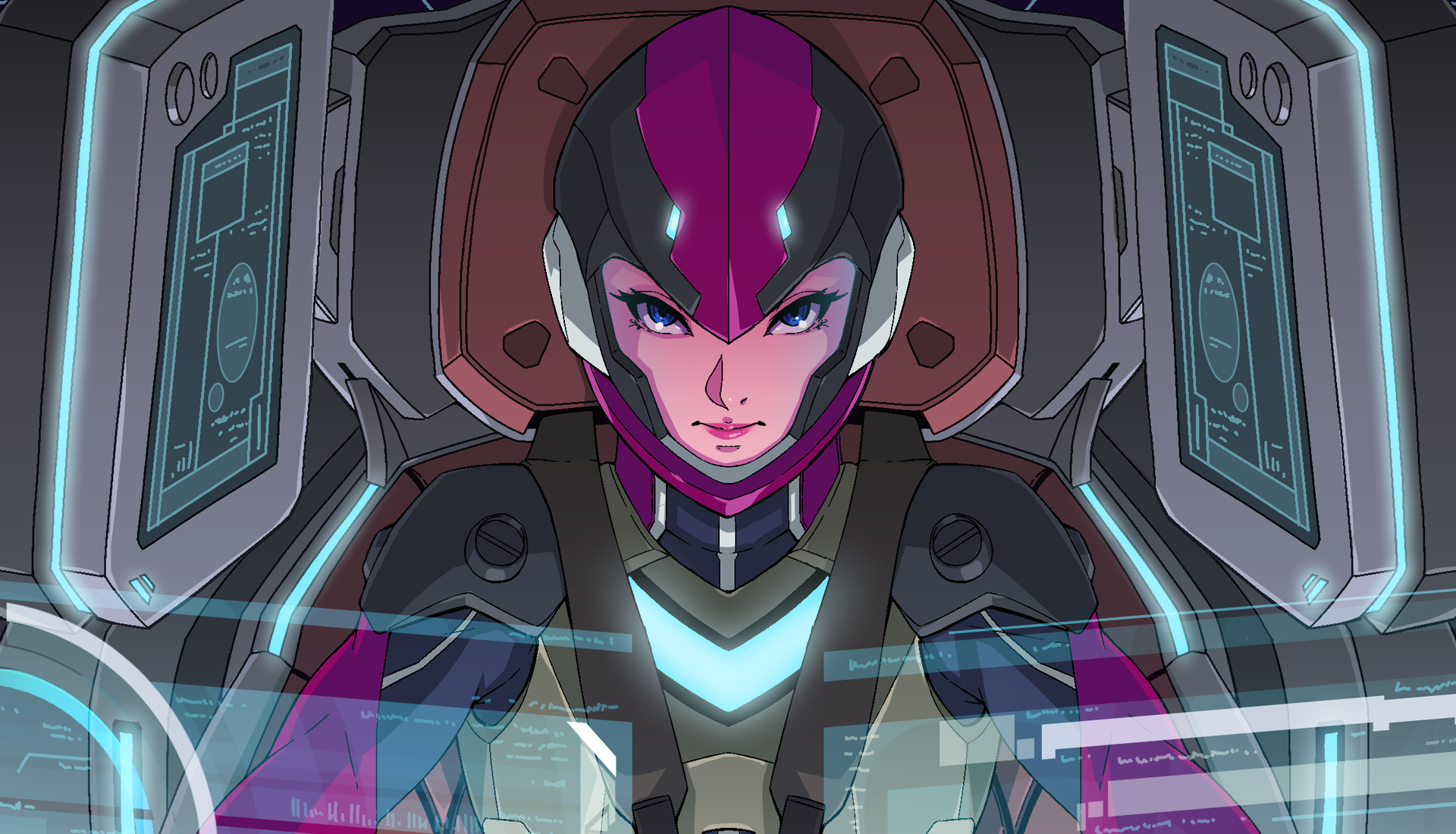 “Trust me, you don’t want this fight.
Release your Giga-Core or be destroyed.”

Earth’s most skilled test-pilot, Noriko uses overwhelming skill and razor focus to push her machines past their limits. She can dynamically alter your offense, adding Forced Movement effects, as well as the Combo and Counter subtypes to Attack Cards, allowing for a very adaptive approach to combat. She brings a suite of high-risk high-reward Abilities to the table, that allow for very aggressive strategies and comebacks, including sacrificing your robot’s Armor and Defense to directly gain resources. When Noriko is in the pilot seat, you can strategically exploit your Robot’s attacks.